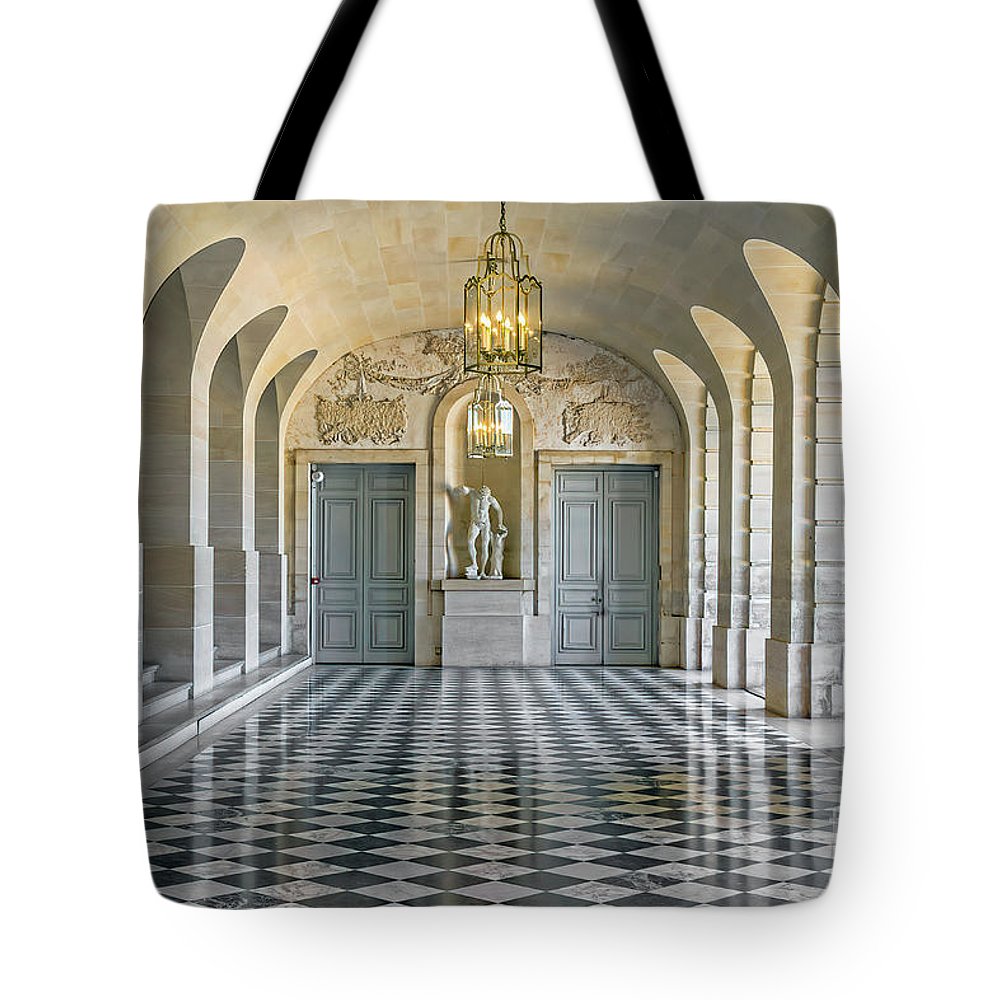 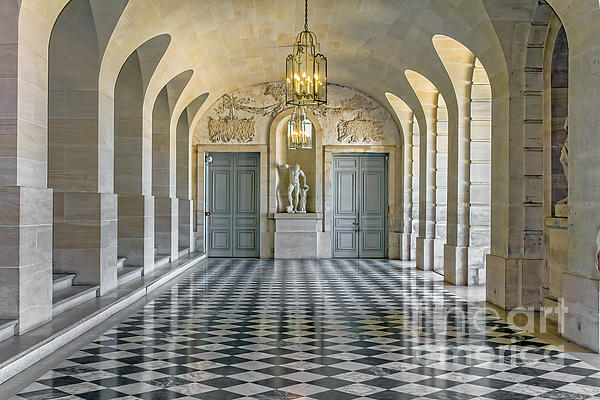 Boundary: Bleed area may not be visible.

Click and drag to re-position the image, if desired.

The watermark at the lower right corner of the image will not appear on the final product.

The image is near the edges of the product but doesn't cover the entire product.   Some of the background color may appear around the outside edges of the image.

Our tote bags are made from soft, durable, poly-poplin fabric and include a 1" black strap for easy carrying on your shoulder.   All seams are double-stitched for added durability.   Each tote bag is machine-washable in cold water and is printed on both sides using the same image.

When the chateau was built, Versailles was a country village; today, however, it is a wealthy suburb of Paris, some 20 kilometres southwest of the... more

This is really beautiful, Elaine!! Wonderful composition and light!!! :)))f

Thanks so much Laurie.

Wow ... this is so so beautiful Elaine!!!! I was there many years ago ... and sadly before I knew one end of a camera from the other ... this capture of yours is perfection ... oh the lines and the angles, the light and the hint of reflections!!!! Wow and wow!!!!! l/f p

Thanks so much Lois for your great comment. It's one image that I have actually sold on FAA.

I can get lost looking and looking at this beautiful scene.

So pleased to receive your lovely comment Jenny and feel free to keep looking.

Congratulations on your sale of this wonderful artwork! Fl

A superb capture of this beautiful palace!

When the chateau was built, Versailles was a country village; today, however, it is a wealthy suburb of Paris, some 20 kilometres southwest of the French capital. The court of Versailles was the center of political power in France from 1682, when Louis XIV moved from Paris, until the royal family was forced to return to the capital in October 1789 after the beginning of the French Revolution. Versailles is therefore famous not only as a building, but as a symbol of the system of absolute monarchy of the Ancient Regime. ©Elaine Teague all rights reserved. Facebook:http://tinyurl.com/yaawdswa The Fine Art America watermark will not appear on your purchase and the image can be adjusted on most products by using the image size slider bar and/or grabbing the image with your mouse. Canon 7D