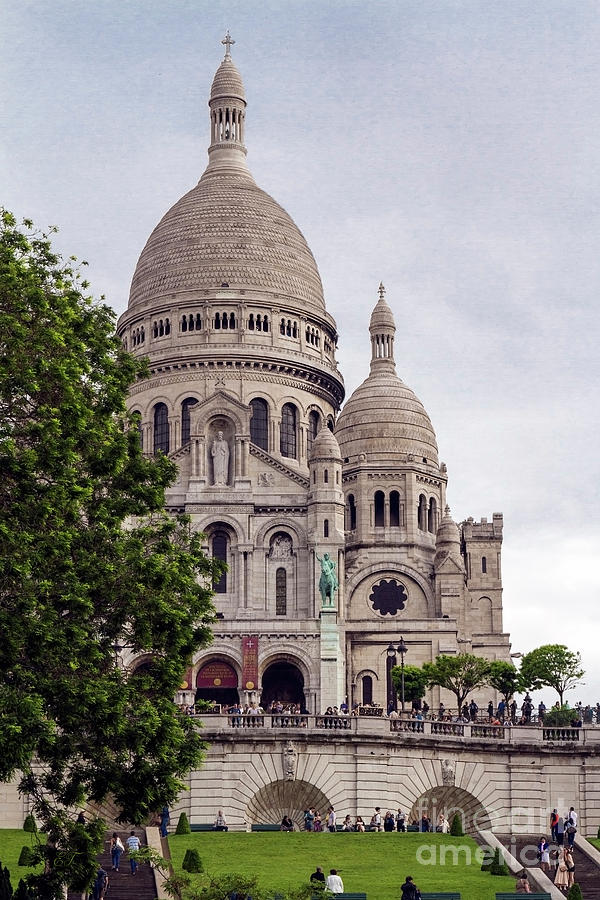 The Basilica of the Sacred Heart of Paris, commonly known as Sacré-Cœur Basilica and often simply Sacré-Cœur (French: Basilique du Sacré-Cœur, pronounced [sakʁe kœʁ]), is a Roman Catholic church and minor basilica, dedicated to the Sacred Heart of Jesus, in Paris, France. A popular landmark, the basilica is located at the summit of the butte Montmartre, the highest point in the city. Sacré-Cœur is a double monument, political and cultural, both a national penance for the defeat of France in the 1871 Franco-Prussian War and the socialist Paris Commune of 1871 crowning its most rebellious neighborhood, and an embodiment of conservative moral order, publicly dedicated to the Sacred Heart of Jesus, which was an increasingly popular vision of a loving and sympathetic Christ.

The Sacré-Cœur Basilica was designed by Paul Abadie. Construction began in 1875 and was finished in 1914. It was consecrated after the end of World War I in 1919.

This is a magnificent Basilica! Congratulations on your feature in FAA Gallery Home for All Artists Who Create. FL

Thanks so much Debby.

Your artwork has been featured on the homepage of FAA Gallery Home For All Artists Who Create. Please post your amazing artwork in our` Archive your September Features` discussion.