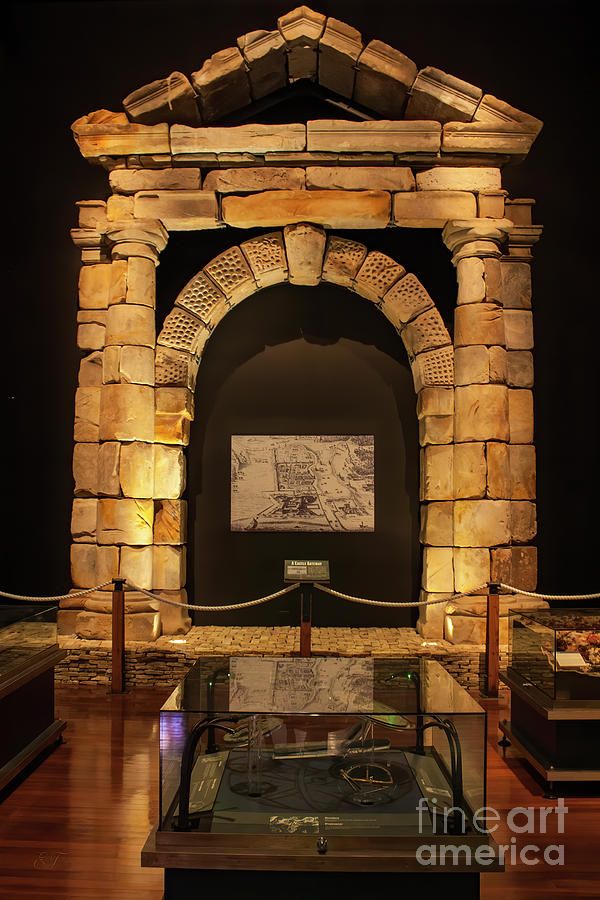 In 1973, 137 sandstone blocks were raised from the wreck site of the Batavia, which sank in 1622 at Morning Reef in the Houtman Abrolhos, off the coast of Western Australia.

On return to Fremantle, and after conservation, work started on identification of their significance on board the ship. It became obvious that the blocks made up a portal or portico façade. Research in the archives identified it as destined for the Waterport of the Castle at Batavia. An engraving by Pieter van den Broecke in 1629 at Batavia shows the Castle, with scaffolding in place and the Waterport unfinished. Van den Broecke even recorded in his journal the arrival of Pelsaert in the Batavia's boat. An illustration from the mid-1630s shows the completed Waterport with a new portal, obviously sent out to replace the one lost on the Batavia. The stones have been masoned in the typical style of the ‘Weserrenaissance’ (c. 1530–1630) in north-west Germany. Quarries at Obernkirchen and Bentheim were the main sources of sandstone used for buildings and decorative stonework in this period. Comparative geological analysis of samples of the Batavia sandstone by German geologists Dr Jutta Weber and Dr Jochen Lepper has recently demonstrated strong evidence that the Batavia portico is of Bentheim sandstone.

I thought at first that this was the Fremantle Museum display - have they moved it, or is this a second Batavia exhibit. Great shot anyway